There has been an increase of 1,000 jobs (seasonally adjusted) in Saskatchewan between May 2016 and June 2016. 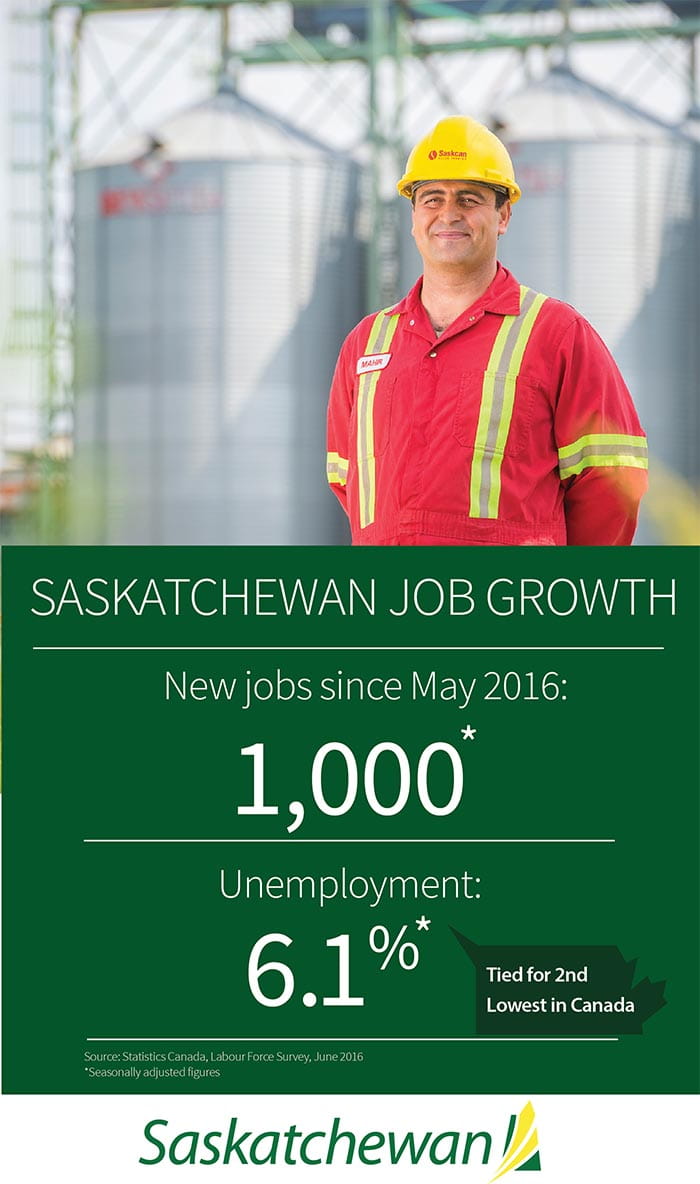 “Saskatchewan’s labour market continues to feel the impact caused by low resource prices,” Immigration, Jobs, Skills and Training Minister Jeremy Harrison said.  “However, we are optimistic as forecasters predict our economy will begin to recover in the coming year, and seeing month over month gains in employment shows our economy is on the right track.”

Other June 2016 highlights include: